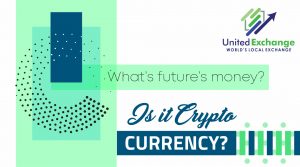 The Future of Cryptocurrency

Cryptocurrencies, which have been around for a little over a decade now, are changing the landscape of transactions, and in turn, value. Simply speaking, a cryptocurrency is an encrypted and decentralized digital currency. Created after the economic crisis of 2008 as an alternative method for financial transactions, Cryptocurrencies are mostly based on blockchain technology which is a permanent and unalterable decentralized digital ledger system.

Bitcoin was the very first cryptocurrency but since its unveiling in 2009, there have been thousands of alternative cryptos or ‘altcoins’ following the lead of Bitcoin in the crypto space. All digital coins have various properties and offer different opportunities. Termed as the market of the future, the cryptocurrency market is estimated to be worth $1 Trillion in 2021 and the number has only increased ever since. In plain and simple words, cryptocurrency is the currency of the people.

Iran was also one of the first countries to issue their cryptocurrency. It is uncanny that Iran faces similar US sanctions as Venezuela which is highly damaging to its resource-dependent economy. The Central bank of Iran was finalizing the plan of their national cryptocurrency in late 2018.

One of the major economies that are planning to launch its national cryptocurrency is China and the country has started digging into dedicated blockchain research for the same. With China taking the lead, other major economies too will be looking forward to creating their cryptocurrencies. Countries such as Japan, Sweden, Russia, Israel, Tunisia, Senegal and Estonia are already in advanced stages of issuing their national currencies.

Bitcoin break History - Hits $49,400 for the First Time Ever

Ways to Reduce Risk in Trading